Django is a high-level Web platform for Python that promotes rapid growth and clean, pragmatic architecture.

Built by seasoned developers, it takes care of much of the Web development hassle, so you can concentrate on writing your app without reinventing the wheel. Moreover, it's open source and free. Django was designed to support developers as quickly as possible to move apps from idea to completion.

Security is taken seriously by Django and helps developers prevent several common security errors. In addition, some of the Web's busiest sites exploit Django's ability to grow rapidly and flexibly.

The solutions built by Django are capable of high-performance management that is compatible and simple for various types of content to be updated.

Big supporters of Django development services are those seeking a single dashboard to handle multiple websites.

It's acknowledged that our professionals offer the best.

Django for your business idea

Our innovation and creativity know no bounds. We leverage the ability of Django, which has become the most sought-after platform for programming.

Building websites and apps on Django is common due to its exceptional functions and reliability.

The experts in Django Development

Django is suitable for developing reliable and simple solutions to complex needs. For small-to-large business requirements, stable, scalable, high-performance web solutions can be achieved. To keep you ahead of the competition, our market analyst team performs a comprehensive analysis and covers all the competitors and target audience information.

We specialize in creating high-performing and elegant web applications using Django, a high-level Python web platform. We are your dream partner for Django web development services, considered to be continuously wowing customers from different industries and geographies. 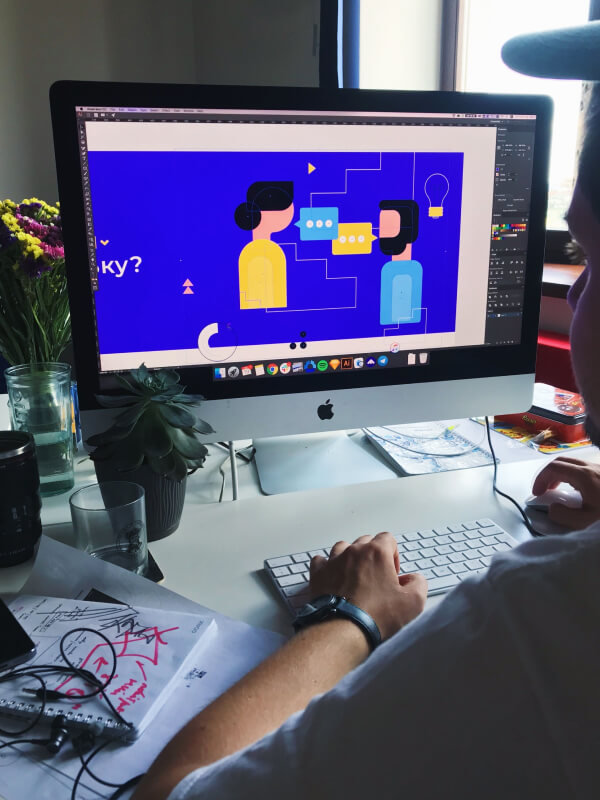 Python and Django are suitable for prototyping and designing minimum viable products because they are fast and easy to use (MVP). Our clients save time to market and resources on web creation by using Django. With the support of our Django development company, you can get an early version of your web application in a month or two.

Django-based web applications will help you save time when it comes to managing workflows through your company. A web app that streamlines doctor-patient contact, a framework that helps small companies handle client relationships, and appointment scheduling tools for health centers are only a few of the process automation projects we've worked on.

Another type of project where Django shines is artificial intelligence chatbots that communicate with people via voice commands or text messaging. To implement chatbots that understand the context and respond to user inquiries, we use Natural Language Processing (NLU) technology. For web interfaces and social media platforms, we create virtual agents.

If you have a huge amount of unstructured data to go through, we will assist you. Data collection, data segmentation, and the development of predictive models are all part of our data analysis services. We use statistical and computational methods to find useful patterns and relationships in data. You can use data mining to reveal knowledge and achieve a competitive advantage.

API testing, Behavior Guided Development (BDD), and browser testing can all be achieved with Python-based software. For example, to automate web UIs, we use Selenium, an open-source tool. We also write unit tests, integration tests, and end-to-end tests to ensure that the application's entire flow is checked.

We are improving our projects' different human capabilities by integrating new technologies and internal tools.

The development team of COAX, can integrate virtually any API into your application, including legacy SOAP ones. Our custom integration solutions leave external API calls outside the main request/response flow, ensuring ultimate performance and enriching the necessary 3D party data for web applications, delivering timely results that your users expect.

Recognized by the industry Hire Django developers with the expertise to build the solution you need.

Let's have a call to discuss your project

Why Choose Django for your Next Projects

Django is a very scalable platform, which makes it great for developing high-traffic websites. It can scale a website so that it can handle increasing traffic.

Django takes most of the security issues websites face seriously. It protects against common threats such as CSRF and XSS attacks.

It is possible to build applications really fast with Django. So startups don't have to wait long before their MVP is released.

Django offers great documentation for developers to use and is adjustable in its nature. It can be extended with many existing technologies and has the potential to be extended with new ones. This means Django app development is the future.

Django can be used with many modern technologies extending its possibilities.

Django's intuitive architecture makes it easy to upgrade and update the applications. After the update, the app will run as smoothly as before.

Should I outsource my Django development services?

Outsourcing Django development services is a good idea if you want to create a high-quality website or application. When you trust developers in offering you Django development solutions, they work hard to deliver the software corresponding to your requirements. The more experience they have, the more value they can bring to your project. This will save you from many mistakes that could occur if you were developing a product in-house.

Django is a high-level web framework written in Python programming language. It is designed in a way to handle many configure issues automatically, so there's more time for application development itself. In addition, it's an open-source technology compatible almost with any operating system, tech stack, or database.

Is the Django framework suitable for my web application?

Django development services can benefit you in developing almost any web application. It supports cross-platform and enables the web app to work on Windows, Linux, and Mac.

Why should I choose the Django framework and not Ruby on Rails?

The main advantage of the Django framework over Ruby on Rails is the availability of high-quality documentation that helps developers build apps. Django web development with Python is very flexible, scalable, while Ruby on Rails lacks flexibility. Ruby on Rails code lines become difficult to read as time passes and require more complexity.

What are the benefits of hiring Django developers from COAX?

COAX Django development agency has expertise in developing secure and scalable solutions, both for startups and enterprises. Django development is one of the areas where their developers received multiple positive reviews from clients.

Find out more about Web Development

How To Choose a Software Development Company?

How to choose the right software development company that can best meet your project needs? Click to find out!

Marketplace eCommerce сhecklist: what every merchant must know

COAX, as the provider of services of software development for e-commerce, has prepared 10 point checklist for technology e-commerce marketplace.

Request Estimation
Request
Estimation
Thank you!
Your submission has been received!
You can also
Checkout our ShowcasesVisit our Blog
or
Back to Home Page

Oops! Something went wrong while submitting the form
Thank you! Your submission has been received!
Checkout our Showcases

Back to Home Page

Oops! Something went wrong while submitting the form
What we’ll do next?
1

Develop and accept a proposal

After that, we can start our partnership