Mobile content, for many businesses and publications, is a must-have element. Accessing the web through mobile devices has become people’s primary way of connecting to content, as opposed to using their desktops or laptops, and for businesses/website owners, having pages that load quickly and display correctly on smartphones and the like is critical for reaching wide audiences.

Designing for mobile can be a challenge unto itself, but adding to that challenge are hardware limitations inherent to smartphones and similar devices. They have less processing power than computers and many users are further burdened by having limited access to data, spotty networks, etc. Because of this, websites with mobile in mind cannot afford to be resource intensive, as slow pages will deter smartphone users from bothering to access them.

In the quest for mobile dominance, two methodologies emerged as solutions for improving the mobile web experience, with aims of making pages load faster and conserving data usage: Google’s Accelerated Mobile Pages (AMP) and Facebook Instant Articles. Today, we’ll be taking a look at these two competitors, explaining what they are, how they stack up against one another, and what situations you’d want to consider giving them a shot.

The short description of both products is that they help website content, particularly words and pictures, load faster when viewed on mobile devices. You’d want to implement them for your website if you know you’ll have a large base of mobile users, but the way the two platforms are structured and execute on their goal vary, which is what we’ll be taking a look at here.

Facebook lays out some of the basics of what they’re instant articles are on their FAQ page:

“Instant Articles is a mobile publishing format that enables news publishers to distribute articles to Facebook’s app that load and display as much as 10 times faster than the standard mobile web.”

In a nutshell, this allows content creators to publish their full-length articles through Facebook, on their news feed, as opposed to using links to take readers to another site. Users never have to leave Facebook (and Facebook benefits by getting a potential cut of advertising money). It makes use of some of the same technology Facebook employs to make their photos and videos load faster. As a result, Instant Articles benefits from features like autoplaying videos and the like.

Instant Articles doesn’t require a separate content management system, and using HTML5 to build the articles and either the Instant Articles API or a secure RSS feed, content creators are able to publish their works directly from their own CMS to the Facebook feed, provided they have gone through the process of getting their sample content approved by Facebook beforehand.

The fact that users are staying on Facebook rather than visiting a content creator’s homepage might be seen as a slight drawback, as it could potentially limit advertisers and revenue to what Facebook has available (users can either supply their own ad inventory and keep it all, or cough up a percentage for Facebook and let them do the legwork), but it’s a tradeoff that some are willing to make. In addition to loading more quickly, Instant Articles are more likely to be shared, creating a wider audience for publishers, and those articles are much less likely to be abandoned by readers.

In contrast to Instant Articles, Google AMP has decided to optimize the mobile web experience instead of push content creators to publish directly their social platform. AMP is supported by a range of platforms, is cross-browser compatible, and, as noted by Wired, achieves increased page loading speeds through two methods:

“First, it requires web developers to use a narrow set of web technologies to create pages. Most JavaScript is forbidden, which, as we’ve noted before, is a really good way to make web pages load faster. Second, it serves pages from its own servers, at least when you visit an AMP page via a Google search.”

You could think of AMPs as being similar to Instant Articles, except they pop up in the body of search results instead of on a Facebook feed. Creators use the AMP protocols to restructure their site (a distinct concept from simply “optimizing” pages for mobile viewing). This alternate version of the website in question is published by AMP and, when viewed on mobile devices, are smooth and load instantly, greatly improving the user experience.

Increased speed isn’t the only reason that content creators elect to use AMP, however. AMP articles gain eligibility for the “carousel” of results that rest above list results in a Google browser search, which could potentially boost visibility and gain content publishers views. There’s also the benefit of increased engagement from visitors (as sites appear more polished) and more time spent on site, as the enhanced experience is welcoming to mobile users.

Add to that the fact that number of businesses, content creators, etc. who have already jumped on the “AMP bandwagon,” so to speak, and the increased competition for mobile supremacy is enough in and of itself to inspire other website owners to do the same.

Both platforms started with the goal of improving the mobile web experience, but, judging by recent news, Google AMP seems to have edged out Facebook Instant Articles in terms of popularity. In January, Digiday reported that Google AMP had been enjoying more widespread adoption, courting larger publishers like Reddit, Twitter, LinkedIn, and Flipboard. Instant Articles, on the other hand, had seen better days on that front:

“Instant Articles, meanwhile, has fallen out of the conversation as Facebook increasingly prioritizes video over text articles in its news feed. Several prominent publishers, including The New York Times and the Guardian, have stopped using Instant Articles altogether.”

Which isn’t to say that AMP is perfect. Criticisms of AMP include the fact that there’s limited diversity among the varied templates (meaning that AMP pages all look too similar to be distinguishable), analytics with AMP are more difficult to track, and having AMP URLs display in search (as opposed to original article URLs) can be frustrating to publishers.

On the flipside, though, AMP has traditionally contained more options for sharing content, makes it easier to switch between articles, is an open-source project, and, as such, is constantly under development and incorporating changes to improve the platform. Since Instant Articles is a strictly-Facebook developed project, updates have been less numerous and less profound.

Where Facebook Instant Articles does hit the ball out of the park, though, is in terms of speed. According to Search Engine Watch, while Google AMP does allow mobile pages to load nearly four times faster than they would on standard mobile web, Facebook Instant Articles cand do it even quicker. Unfortunately for Facebook, however, their diminishing number of publishers has only given more ground to Google AMP.

Putting It Into Practice

To review, both Facebook Instant Articles and Google AMP help pages load quicker, but their approaches are different and the advantages content publishers might gain from using their platforms vary. With Facebook Instant Articles, articles are published on the Facebook feed and takes advantage of HTML5, but with Google AMP, website owners create a different version of their site that is pared down and fits AMP’s standards so that it will load more quickly.

Facebook Instant Articles enjoy a speed advantage over Google AMP, but in AMP, creators have more control over their articles and a wider base of potential viewership, as the AMP audience is growing (while FIA’s seems to be contracting). For those keen on speed alone, Instant Articles might be the path to take, but for those publishers concerned with control, reaching more readers, and a higher potential for monetization, Google AMP is distinguishing itself as the better bet.

Ivan Verkalets
on
Project Management
Subscribe For Our Newsletters 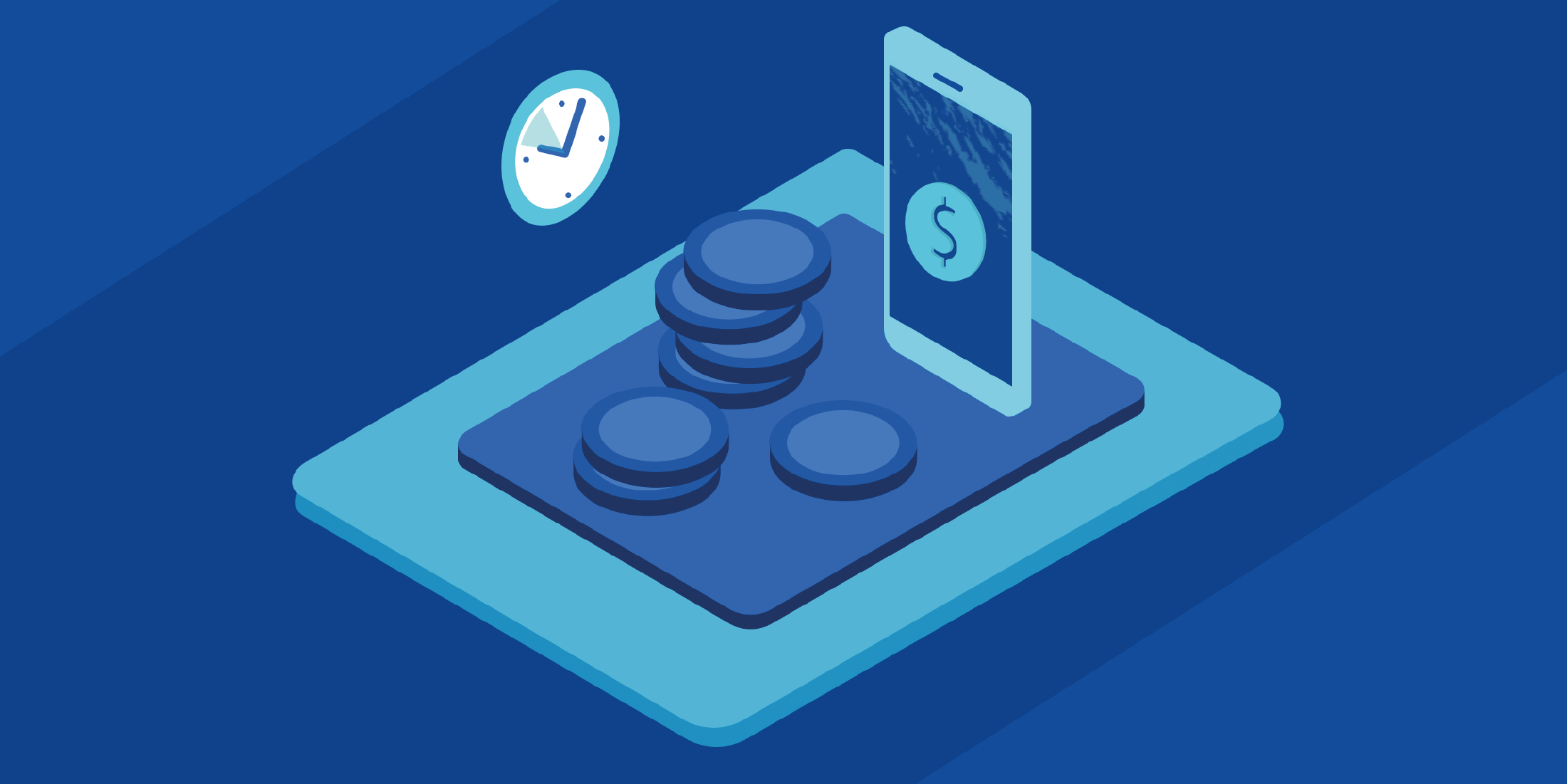 What affects the cost of developing an app?

Apps are incredibly valuable ways for businesses to generate more revenue, or provide enhanced products and services to customers.

At a first glance, the difference between three core levels of developers seems evident. But where exactly the ‘junior’ turns into ‘middle’? The primary thing to know is that junior, middle and senior are, generally, the labels. Every company outlines its specific set of measures, different for every corporation, depending on its scope.